Turinabol (Tbol) [1] is an anabolic androgenic steroid (AAS) that is a derivative of testosterone. Other names for this steroid include 4-chlorodehydromethyltestosterone, DHCMT, and CDMT.

Most AAS’ are injected, however, this steroid is taken orally.

How does this steroid work and what are the benefits of using it? Also, will its use lead to any side effects or legal issues?

Please continue reading to uncover the truth about this steroid.[toc]

Originally created in the 1960s primarily used to promote bone strength and mass in patients with wasting diseases.

Turinabol was also used to boost the performance of East German athletes (research suggests that approximately 10,000 athletes were given this steroid over the course of two decades) [2][3].

The production of Turinabol was halted in the early 1990s when the anti-steroid stigma was at its highest. Its original manufacturer Jenapharm was sold in 1996 to Schering AG but the manufacturing of the steroid did not resume.

Turinabol has not been produced for medical use for decades, which means that this steroid is not cleared for human use, nor is it tested for purity or safety.

Tbol is a modified form of Dianabol (Methandrostenolone); a combination of Dianabol and Clostebol (4-chlorotestosterone).

While its general chemical structure is similar to Dianabol, it is a much milder hormone.

The combination of the two chemicals has reduced any risk of aromatising into oestrogen, but this has also reduced the overall androgenic strength too.

How does Turinabol work?

While Tbol is weaker than Dianabol it still offers various benefits, without the side effects associated with steroids that increase oestrogen.

This means that you can expect to see steady, if not spectacular lean muscle gains, without experiencing any bloating, water retention or gynecomastia.

There are two potential reasons for using Turinabol; either cutting or bulking.

If you are bulking then you are trying to gain muscle mass, so typically a bodybuilder or athlete would opt for a dosage of up to 80mg daily.

When cutting (burning fat), the average dosage is around 40mg each day.

Female users will tend to stick to a much lower dosage than men, usually only around 5-10mg daily. This is to reduce symptoms of virilization (virilism), which is the development of male physical characteristics:

Other issues female users may encounter include acne and aggression.

Users of Turinabol will typically stick to a 6-8 week cycle. It is recommended that you opt for a shorter cycle if you are using a higher dosage, this is to keep the risk of side effects to a minimum.

When stacking Testosterone Propionate or Testosterone Enanthate are the usual options, but some users will opt for Deca Durabolin as it has a longer half-life so will need fewer doses.

I would avoid stacking Turinabol with Dianabol or other oral steroids that are known for hepatotoxicity, as this can lead to an increased risk of liver damage and disease.

This steroid was beneficial to athletes as it led to an increase in lean muscle mass, without any significant water retention, or without a rise in oestrogen too.

A rise in oestrogen can lead to an embarrassing condition known as gynecomastia, which is often called “man-boobs”.

While the muscle building benefits of Turinabol are less than other anabolic steroids like Dianabol, you will often find this steroid is used in “stacks” by bodybuilders.

The reason for this is that it can help increase free (active) testosterone levels thanks to it acting on the sex hormone binding globulin (SHBG). This helps to enhance the benefits of the other steroids being used.

Side Effects of Turinabol

Turinabol is known as one of the mildest anabolic steroids, it is often placed in the same category as Anavar and Primobolan.

Using this steroid will not affect your oestrogen levels, so is one of the safest steroids for women to use.

While safer than many steroids, using Turinabol is not without risk. Here are some of the potential side effects [4] you may encounter:

Just because a steroid has the potential to cause side effects does not necessarily mean you will experience them. We all react to drugs and medications differently.

Like many anabolic steroids, their use can lead to your body producing less testosterone. Sometimes your levels will return to normal once the steroid cycle has ended, but this is not always the case.

Low testosterone can lead to a number of issues including an increase in body fat and less muscle mass. You may also encounter sexual issues too, such as lower libido and lower sperm production.

Effects on your Cholesterol

Using Turinabol can cause an increase in LDL cholesterol and lower HDL cholesterol. This can increase the amount of plaque deposited in your arteries, which can lead to complications such as heart attack and stroke.

If you currently suffer from high cholesterol levels then using an anabolic steroid is not recommended.

You can reduce the risk by using the following steps:

Many anabolic steroids are hepatotoxic, and Turinabol is no different. Using it can increase the amount of stress on your liver.

This does not necessarily mean you will damage your liver through its use, but if you do not have a healthy liver to start then this steroid is best avoided.

It is also recommended to avoid consuming excess amounts of alcohol and to ensure your cycles do not exceed the recommended time.

Despite Turinabol being classified as a Schedule III drug in the Controlled Substances Act (CSA). It has still been found in a number of supplements, especially over the last couple of years.

USADA has a list of tainted supplements, with at least 7 found to contain this banned steroid.

Recently MMA fighter Jon Jones tested positive for using this drug, which could lead to a suspension of up to 4 years from the sport. Turinabol is an S1 class substance on the WADA prohibited list, which carries a standard punishment of two years suspension under the UFC’s USADA contract.

Jones has previously tested positive for using Clomiphene and Letrozole. These are commonly used as “post-cycle therapy” drugs, used to mitigate the side effects of steroid use.

Where can you Buy Turinabol?

As Turinabol is illegal to buy and distribute in many places across the globe (including the US, Canada and the UK), you may struggle to buy it.

That being said you may find it available online, and we all know that one person at the gym who may be able to “acquire” it for you.

Turinabol is not cheap either, with the average price being $0.50 for every 10mg. This could work out as $4 a day, which over the course of an 8-week cycle will amount to $224.

With the potential risks of using this anabolic steroid would we recommend you use it? Personally, I would recommend looking for an alternative.

One supplement brand we would recommend is Testogen. 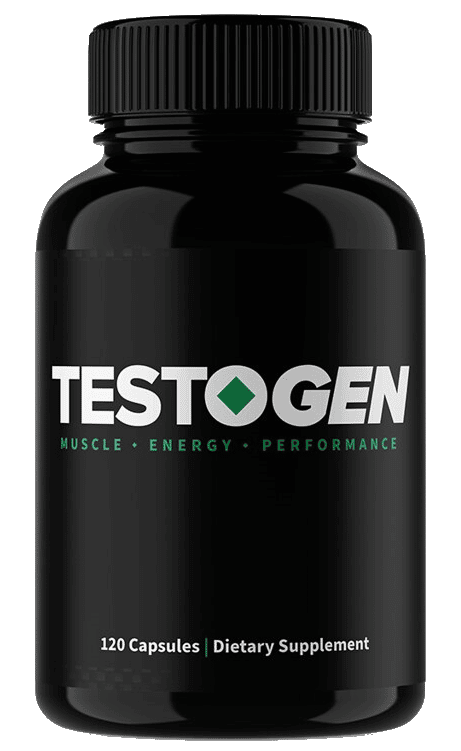 It contains ingredients such as Fenugreek Extract, Korean Red Ginseng Extract, Bioperine, Vitamin B6 and more as shown below. When combined will help boost strength and muscle by increasing nitrogen retention and protein synthesis. 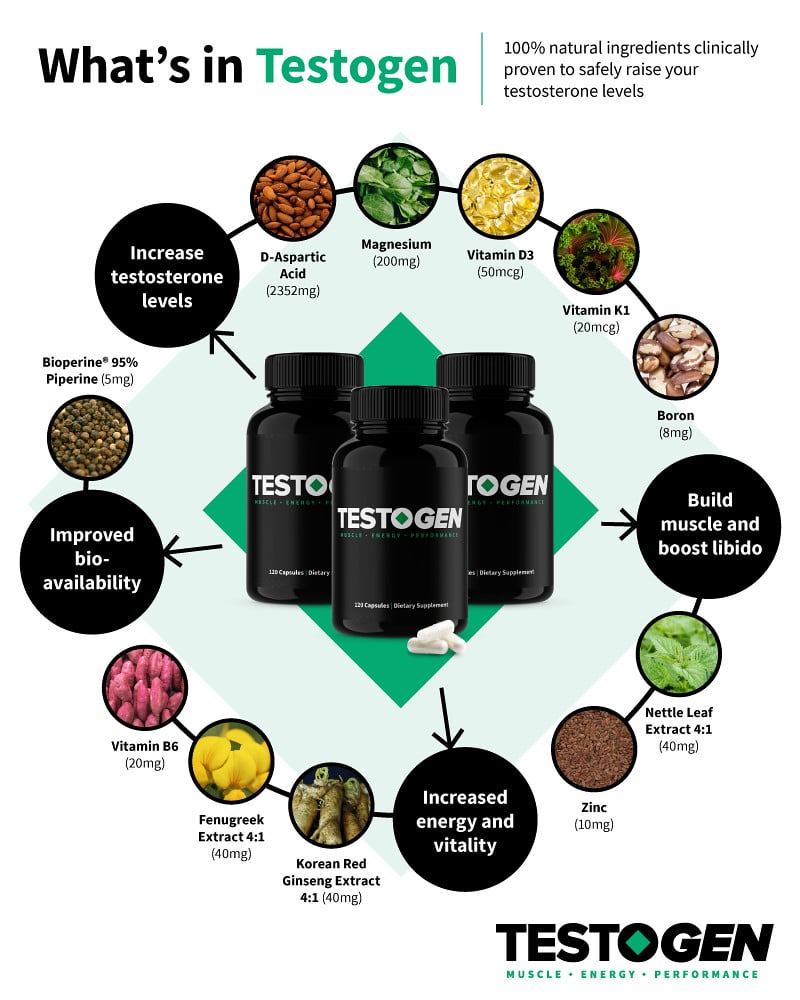 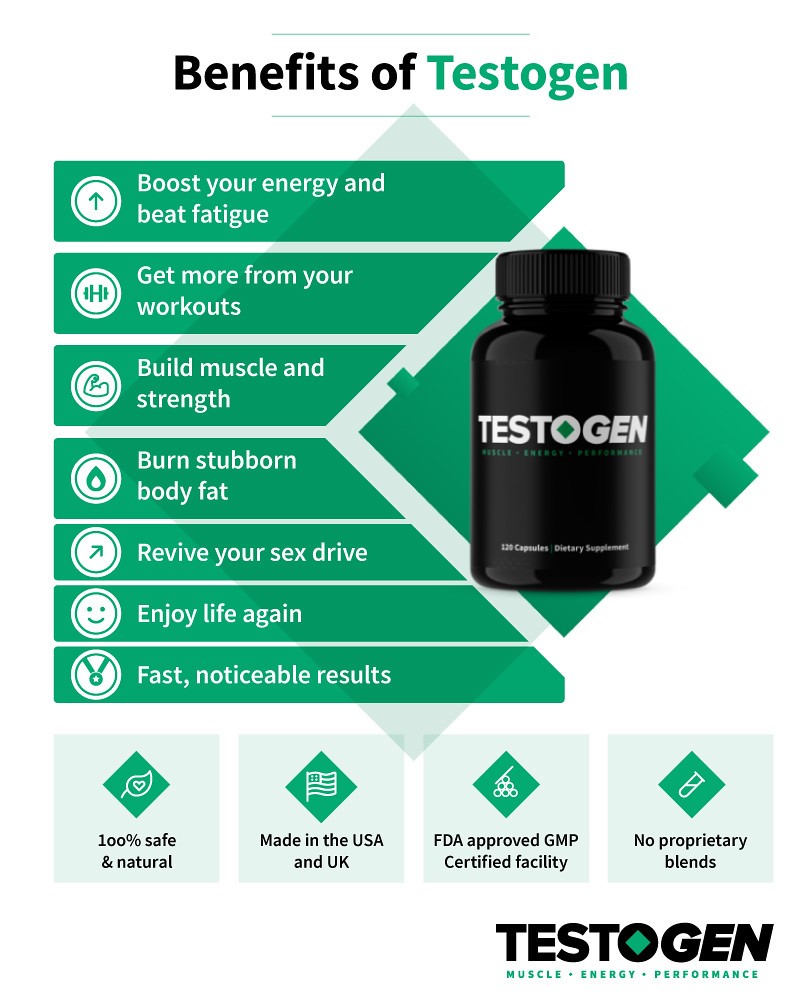 FYI, There are a number of user testimonials available that back up these claims.

See also  How Nutritional Supplements Can Help Your Health: 10 Things You Should Know

Next What is the Best Steroid Cycle EVER?

0 thoughts on “Turinabol: How Does it Work? Benefits & Side Effects”