Jeff Grant
I’m a Bit Fitness/Fashion Model. This Is How I Get Featured in Bodybuilding and Fashion Magazines 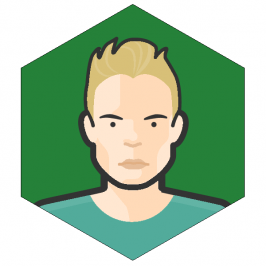 We talked with Jeff Grant in December, 2019.

Jeff Grants Stats When We Talked with Him 💪

Hey guys! Thanks for having me! My name is Jeff Grant, I am originally from Hanover, Pennsylvania but currently live in Tampa, Florida.

I have been sponsored by many of the top supplement companies in the industry like BPI, MyProtein, ETB Fit. Prior to modeling, I also appeared on television on the now defunct WB Network.

Outside of modeling, I also have a career in renewable energy as the district manager of the largest solar energy company in Central Florida, ESD Solar.

The typical trip to the gym will last me between two to three hours.
Tweet This
Share This

The typical trip to the gym will last me between two to three hours. I prefer to get it all done in one trip vs doing cardio first thing then coming back later, etc.

I almost always train by myself, I have found that most do not spend as much time at the gym as I do and I like to listen to music so it all works out. I really have no desire to get any bigger because my goal is just to be really lean, so bulking would really just make that goal harder.

When prepping for a shoot, my training doesn’t really change other than a slight increase in the time I do cardio.

I have found that for me what works best is going extremely low carb, only consuming carbs in the morning and pre and post workout and the only types of carbs coming from ezekiel bread, brown rice and sweet potato, I will then deplete my water a day or so before.

I actually had my most difficult time staying motivated when I was modeling more full time because if iI didn’t have a shoot or anything to train for I lost motivation.

I have gotten back to training just because I like it and more for personal reasons and that has actually made a huge difference. I started training so much because I loved it and for a while I looked at it as a job.

The biggest challenge I have faced is not becoming to be centered around the gym and my diet, and still having a normal life and normal relationships.

My training is very consistent. I started when I was about 17 and have been pretty much regularly going to gym six days a week since.

Really only one time in my life did I get out of shape and that lasted about six months, I was still going to the gym just got half-assed in my workouts and my diet was poor.

My goal over the next five years is to stay as consistent as I am right now, and continue to book new and exciting projects.

People are always saying they are too old to be in certain shape or too old to do this, etc., and I used to buy into that bullshit but now I really don’t believe that. I feel like that is just an excuse to give up and accept certain things.

I feel that if I stay consistent with my training and diet I could be doing these things and look the same well into my 40s even.

Outside of bodybuilding the past few years have been very good for me in business, which is why I haven’t been doing as many modeling projects so I will be looking to try to take as much advantage of this great economy we are in.

I am fortunate enough to be involved in a very profitable industry but will also be looking into a few other avenues as well.

I try to be very careful at the gym, I stretch every day before I left and I don’t lift overly heavy. My training is all in a 10-12 rep range with weight, which I can easily handle.

Injuries do happen but for the most part, I just work around them. If a certain exercise aggravates an injury, I do something else instead.

I typically try to sleep eight hours per night. I do travel for work but most of it is local. I will just pack a bag with workout clothes and can typically find a gap in the day to still get a full workout in.

I typically follow a diet that is low in carbs and low in sugar. I have recently also cut most red meat out of my diet as well. I have also cut back significantly on my alcohol consumption. I still drink when I go out but no longer will drink with dinner or will drink at home.

Most of my friends and family are use to my diet habits by now so during social occasions, it has become so much of a “given” that I don’t eat this or that, if anything I’ll surprise them once in a while and eat something. It did use to make social situations somewhat awkward but i think at some point I just stopped caring.

Other than if I have a big shoot coming up, I typically drink when I go out so that has never been an issue. I do not drink beer though, I drink either vodka/soda or dry wine.

I am also a heavy coffee and preworkout drinker, those are probably the only things on my diet that still need work. Not that coffee is bad but I drink way too much of it I am sure. I do outside sales so I spend a lot of downtime at Starbucks!

I really don’t do planned cheat days, it’s more if there’s something I really want I’ll have it or if i go on a trip and want to eat something unhealthy I will. I always plan these extravagant cheat days after a shoot but half the time I end up not even doing it.

For supplements, I take preworkout and whey isolate protein powder, I also eat a lot of protein bars for meal replacements.

My biggest inspiration as of late has actually been without a question is Jared Leto.
Tweet This
Share This

My biggest inspiration as of late has actually been without a question is Jared Leto. I think he is like 48 years old now and looks like he’s in his late 20s. That actually is what led to me saying earlier that I am confident I can still look the way I do now into my 40s.

The books I read now are more business and sales related, I really don’t need any more motivation for the gym, that I want to do anyway…

I listen to music every day at the gym. I am the type that if I forget my headphones, I will go home and get them. I listen to a wide variety of music to Grundge/Alternative Rock to House to Kevin Gates (which is the only rapper I really like).

My advice to anyone to improve themselves is that the mind can train the body to be pretty much whatever it wants.. And what I mean by that is if you convince yourself that you can’t do something then you probably won’t be able to.

Yet even if it’s something that most people tell you is not possible and if you truly believe you can, then take the right steps to do it. You would probably be very surprised at what you can accomplish.

I am not currently actively pursuing clients, I do get a lot of emails and messages asking for online training, etc.

In all honesty and I hope this doesn’t sound like I am being a dick, what I have found over the years is 80% aren’t serious they are just using it as a ploy to get you to respond to them.

Related Interviews
Top Energy Supplements for Motivation
I am 63. This is How I’ve Competed and Won Over 30 Fitness Titles
How I Become Stronger and Leaner After a Decade of Bodybuilding
I’m 74. This Is How I Realized the Importance of Training and Nutrition
How I Got Into a World of Movies After Years of Tiring Training